"The Way to the Center" 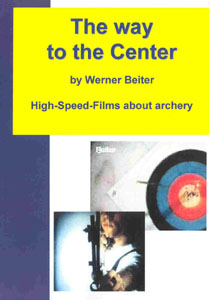 Preface of Werner Beiter: "End of 1986 I started making films, because I wanted to show the way of the arrow from the release to the target. My aim was also to see and show, how the string releases from the fingers and how long the nock remains on the string; the behaviour of plunger and arrow rest, how different nocking points and nocking heights work; how different types of fletching (and their position) effect the arrow's flight; how the end of the arrow exits the bow window and, how too stiff or too weak arrows react.
I am sure that different viewers will interpretate and evaluate differently these sequences. Therefor the information attached to the video-tape shows basically the name of the archer, some info about his material and a few notes.
"The Way to the Center" was released by Werner Beiter 1989 at the FITA World Championships in Lausanne.It is still up-to-date and full of information for skilled or beginners archers.
Werner Beiter produces high-speed films for archery, to show and demonstrate to archers world-wide, a lot of new and very interesting facts regarding their sport. Sequences with up to 8000 frames per second were recorded. 30 meter long films rushed through the camera in 0,6 seconds! Try to imagine a 100 meter run.
In reality it will be over after 10 seconds but, filmed with a high-speed camera (with 8000 frames per second), it would last 55 minutes! 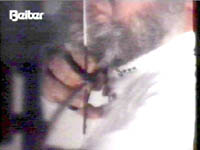 Werner Beiter: "The film includes only a small part of sequences filmed over several years: more than hundred, but a lot more are still not published."
In this videoclip you will see a sequence (Release, Nr.6) from our actual video. In this scene I wanted to show myself, doing a bad release." 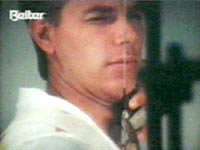 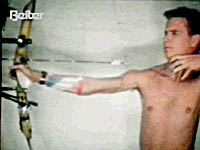 The Release of the Nock from the String
Sequence 1, shot with 7.000 frames/second.
The nock releases from the string about 15cm before the riser section.
Archer: Jay Barrs
Videodownload: MPEG (2,4MB) or WMV (900KB) 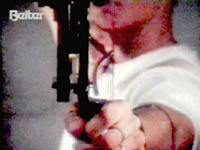 The Bow Window
Sequence 6. The plunger is pressed down 2-3mm. The end of the arrow passes the bow window without touching it.
Archer: Andreas Lippoldt
Videodownload: MPEG (1MB) or WMV (420KB) 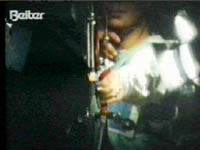 The first Phase of Flight
Sequence 1. Notice how much the arrow turns on his axis before leaving the picture!
Archer: Margot Benz
Videodownload: MPEG (1MB) or WMV (380KB) 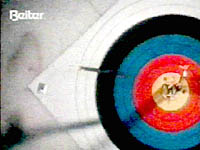